Intellectual property is undisputedly one of the main keys to business expansion and sustainability. This is critical in the 21st-century economy across the globe. Giant brands with the likes of Samsung, Apple, Huawei, Amazon and Tencent depend on intellectual property and trademark to maintain their leadership in global business, entrepreneurship and marketing. But make no mistake, the access for these aspects are not exclusive to only the giants, but also to any aspiring businesses out there, big or small.

And there’s nothing sweeter deal to end this year of 2019 by entering THE year of 2020 with the recent announcement – that is nothing short of a massive boost to the intellectual property law Malaysia law, particularly relating to the trademark registration.

What is the Madrid System?

Madrid System or Protocol Relating to the Madrid Agreement Concerning the International Registration of Marks (Madrid Protocol) was adopted in Madrid on June 27, 1989.

The system is an international treaty administered by WIPO which allows trademark owners to seek protection in several countries simultaneously; by filing one application with a single office, in one language and by paying one fee. The Madrid System enables brand owners or entrepreneurs to protect their brands in 122 countries, including the United States, Australia, the United Kingdom and Brazil. The international registration protects the trademark owner for 10 years from the date of registration.

Aside from reducing business costs and making it easy for local businesses to expand their business overseas, Malaysia’s participation in the Madrid System will also be able to attract foreign investments by facilitating the process of international trademark registration in this country. Meaning, foreign companies (trademark owners) can secure protection under the Madrid System when doing business (selling their products or offering their services) in our market.

Acceding to the Madrid System is not the only measure for Malaysia in upping the ante. In preparing Malaysia to embrace the ever-challenging world from the perspective of intellectual property rights, the Malaysian Parliament passed the Trademarks Act 2019 last July, replacing the Trade Marks Act 1976 (modelled on the old UK Trade Marks Act 1938). Under Section 39 of the Trademarks Act 2019, the protection is for 10 years from the date of registration and may be renewed for another 10 years.

The new Trade Marks Act 2019 also carries new, more severe punishments for offenders. Those found committing fraudulent or trademark infringements can be fined up to RM1 million, jailed for a maximum of five years, or both. Previously, the punishment for trademark infringements included a fine of RM5,000 for the first offence, with subsequent fines possibly increasing to RM30,000 in addition to a three-year jail term, or both.

According to the Domestic Trade and Consumer Affairs Minister Datuk Seri Saifuddin Nasution Ismail as recently quoted in the media, local entrepreneurs will be protected as the Customs Department is given the authority to block any entry of counterfeit products under their names into Malaysia and notify the authorities of the matter.

Businesses are strongly encouraged to take advantage of these positive updates, either to register your intellectual property under the new Act or also expand your trademark protection under the Madrid System. And Primus IP, as always, is here to serve. 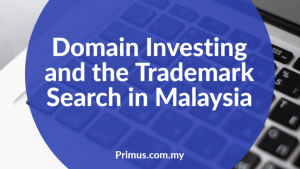 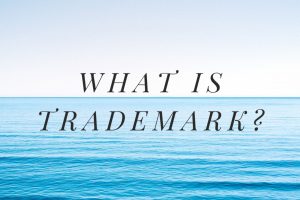 Primus IP is a reputable legal consulting firm based in Kuala Lumpur that specialises in the provision of IP management and strategy to small and medium enterprises (SMEs).

Primus IP® is a reputable legal consulting firm based in Kuala Lumpur that specializes in the provision of IP management and strategy to small and medium enterprises (SMEs).